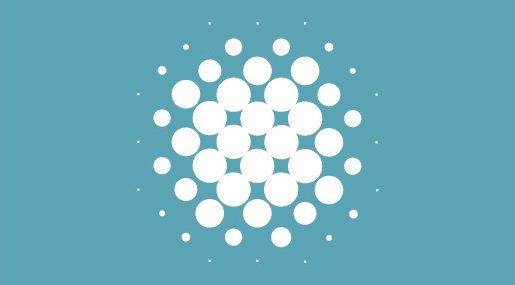 Georg Wilhelm Friedrich Hegel was born 250 years ago. His philosophy is most commonly seen as an effort to build an all-encompassing theoretical system aimed at building notions embracing all aspects and elements of human reality, while at the same time explaining the ultimate reason behind and purpose of history. It therefore has been accused of being a totalitarian effort to submit the world to a merciless logic. The supposed failure of Hegel's system to recognize the constitutive role of freedom, contingency and matter in life and history became one of the central themes of post-war philosophy. Such claims particularly resonated in the “critique of the grand narratives”, so popular in the last century.

Since the beginning of the 21st century however, an unexpected renaissance of the macro-historical and rational perspective has been taking place, exploring the prospects of a new formula for notions of universality. This search has been accompanied by a thorough analysis of notions such as reason, history, dialectics and totality. Thus Hegel and his philosophy returned to the main current of contemporary theory, becoming a central reference for the analysis of such problems as: the body and subjectivity (see the works of Catherine Malabou, Judith Butler, Mladen Dolar or Alenka Żupancic), colonial history (Achille Mbembe or Susan Buck-Morss), capitalism and ideology (Fredric Jameson), dialectics and ontology (Slavoj Zizek and Frank Ruda), and society (all of the above-mentioned, along with Marek Siemek and Aleksander Ochocki). These interventions critically reinvent central elements of Hegelian thought.

The central modern interpretations of Hegel (such as those presented by Gyorgy Lukacs or Alexander Kojeve) were focused on the heroic vision of the historical process and the subjects involved. Such a vision has been undermined by various feminist, psychoanalytic, postcolonial and queer theorists, who redirected philosophy towards common, unheroic experiences, embracing such factors as weakness, failure or resistance. Following these shifts, we would like to invite authors who embrace the non-heroic perspectives on Hegel, or whose work undermines/ challenges the heroic interpretations of Hegelian thought.

Being sensitive to articulations of the perspectives and history of the weak and exploited, oppressed and perturbed, whose resistances and persistence constitutes a condition allowing the future emancipation to be theorized. Such a perspective is obviously sensitive to the limitations and failures of Hegel's philosophical project, but it is precisely in the gaps and thresholds of this project, where Hegel perhaps failed as a theorist (capitulating before the expressions of the Rabble, Women and others), that inspiring alternatives to the heroic models of theoretical work can be sought. Some of these efforts take the form of Hegelian critiques of Hegel, sometimes stepping against the central elements of these fundamental thoughts to discover its novel aspects. In doing this, such theorizing against the grain brings up to the light the radical, unthought of consequences of the Hegelian theoretical project born in contradictions.

Understanding the inherent perplexity of the internal Hegelian contradictions, and being interested by theories of history, universality, political ecology, decolonisation, anticapitalism, gender and social justice (just to name some of the problems we are focused on), we would like to confront Hegel's thought in ways that combine historical critique, embracing deeply theoretical contexts, with the theoretical practice of embracing the emancipatory potentials, utopian traces, and the visions of the future shaped within Hegel's concept of universal history. Such a possible “future of Hegel” would be impossible without universal claims. Thus – the return to universalizing theory and practice becomes a response to theoretical canons oriented towards particular perspectives, such as some influential theories within postcolonial, psychoanalytic or feminist studies – which end up legitimizing the neoliberal atomization of contemporary societies.

We assume that genuinely egalitarian, critical theories and practices, which currently seem to be undergoing an impossible double bind of complete conformity within the European status quo of late capitalism, on the one hand, and the minoritarian strategies of resistance on the other, should at least make an effort to confront Hegel's theory. A search for universality requires new examinations of the dialectics of experience without conformist praise of the neoliberal success. Theories of subjectivity and history on the other hand, shaped in (very) late modernity can no longer pretend they are blind when it comes to long-term claims. Such demands, sometimes absolutized to their ridiculous versions, as happens within right-wing fundamentalisms, religious dictatorships, conservative populism, and negations of the climate catastrophe. A confrontation with Hegel's philosophy, and particularly with its most audacious claims, such as that to absolute knowledge, might today become critical theory's last hope, when it is entangled in melancholic disempowerment, withdrawal and relativism.

This issue of the Praktyka Teoretyczna Journal was inspired by the international conference The Return of Hegel. History, Universality and the dimensions of Weakness, organized by the Institute of Philosophy at the Polish Academy of Science and the Goethe-Institute Warsaw to celebrate the 250 anniversary of Hegel, and aimed to collect the presented papers, as well as the contributions sent directly to the journal's editors. It constitutes an opportunity to cross the heroic, albeit ineffective efforts to find a way out of this dead end. It goes beyond useless resuscitations or conjuring of the modern subjectivity, whose problematic presumptions have already been undermined in the last century. One of the victims of this speculative cleansing however was the ability to critically address contemporary challenges. The autonomy and audacity of contemporary theory might need far more effort to be reinvigorated than the magic practices criticized above.

Celebrating the 250th Birthday of Hegel, we invite you to develop theories, which not only embrace the complexity of the contemporary world, but which also do not slide into panic, thereby escaping the necessary confrontation of philosophy, with its generality, legitimization and at the same time – freedom and independence.

We therefore cordially invite you to join us, and send your abstracts (deadline: 2020.11.15; 1000 characters max.) and articles to our journal.

Although the list is open, the suggested topics are: