IMAGES OF THE RABBLE 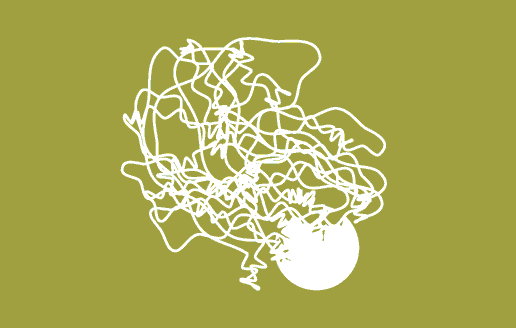 The notion of crisis is at the heart of contemporary social theory and is embedded in our social being (Michael Hardt and Antonio Negri, 2017; Pierre Dardot and Christian Laval, 2015). With different connotations and modulations between core and peripheral countries, and conceptions varying across different social strata (economic, cultural, political, etc.), crisis has become an intrinsic element of contemporary social imaginations. The topic of crisis has many dimensions, and a theoretical inquiry into it must offer a conceptual and empirical articulation of this problem as part of the contemporary political constitution intertwined with transnational developments and historical horizons.

In the spirit of the transdisciplinary efforts of the early Frankfurt School, this issue of Praktyka Teoretyczna does not intend to offer a catalogue of crises of the last decades. Inspired by Max Horkheimer’s famous articulation of Critical Theory in 1937, we are interested mainly in dialectical social critique aiming not to better the functioning of this or that social institution, but that rather “is suspicious of the very categories of better, useful, appropriate, productive and valuable”; and that does seek to transform (Veränderung) the present distress (Not), just not in a myopic spirit which kowtows to the immediate facts of the present.

When we talk about “crisis” we should keep in mind the often invisible border that separates crisis from decadence. If crisis erupts and devastates, decadence generates drift, political disorientation, and inaction. We are dealing with an uncanny combination of both of these social moods. If we look for historical milestones, we can identify a turning point in the 2007-2008 near-crash of financialized capitalism in core countries (the United States, Western Europe and Japan) and the expansion of the financial crisis to the peripheries from 2012 onwards. About a decade later, we now live in suspended time: the worst seems to be over (at least in core countries), but the crisis has turned late capitalism into a landscape of unrealized promises in light of growing economic inequality and precarity, and the shock-therapy of radical liberal economic reforms and privatization processes in pauperized (semi)peripheral countries (Argentina, Brazil, Turkey, Greece, etc.). In other words – and this is the distinctive feature of the contemporary ambivalence – the recovery remains uneven and the scars of precarization extend from the homeless of Los Angeles to the bursting poverty in the Brazilian streets. Being more than a crisis, would this be a slow-motion débâcle? There is no easy answer to this question. We understand the sense of crisis as a Stimmung, meaning a preponderant mood that underlies our historical period. The ambivalent contemporary situation lends itself to a perpetual state of emergency.

The so-called “gig economy,” which has grown considerably over the last decade (Mark Graham and Mohammad Anwar, 2019), is not just about flexibility, risk-taking, independence and human capital. It is also part of a broader context that erodes work experience and colonizes diverse occupational fields – from academia to TaskRabbit – by stagnating wages, growing precarity and diminishing security (short-term contracts, minimal protections, etc.). The “entrepreneurial” culture of the gig economy cannot be dissociated from the latent and ambivalent signals of the crisis.

In politics, the problem runs even deeper. The mass street protests of the 2010s cannot properly be understood if framed as reaction to oppression on any solitary axis of difference such as class or ethnicity. In this sense, diffuse critiques against the “1%”, austerity, the privatization of public/common spaces were part of a new political grammar that gained momentum and pointed to important forms of political resistance.

On the other hand, the political malaise in contemporary liberal democracies also contains disaffection with established institutions, and corresponds with the production of reified narratives about conflictual divides between “the people” and “the elites” entrenched in the system. Further mobilized in response to the migration crises in the European Union and the United States, the far-Right has risen in recent years across Europe and the Americas, proposing neoliberal and authoritarian political responses to the general crisis (Jeremiah Morelock, 2018; Martijn Konings, 2012; Nadia Urbinati, 2019 and Cynthia Miller-Idriss, 2018).

Among the Left, disorientation is palpable – and frightening. The collapse of the Latin American “pink tide” (the wave of left and center-left governments that came to power in Latin America during the 2000s) and the socioeconomic downfall in Venezuela and Nicaragua have left a vacuum in the progressive agenda. These processes reveal limits to progressive projects in peripheral countries dependent on raw commodities and neoextractivism (Maristella Svampa, 2015). The fall of Syriza in Greece (in the wake of the 2019 European elections) and the difficulties of leftist movements in France and Italy to offer political alternatives to the right and far-right governments are part of the rotten situation of the contemporary Left. The transnational mobilization encouraged by mainstream politicians like Bernie Sanders and Yanis Varoufakis stumbles and falls when up against the attraction of the working class to right-wing rhetoric.

We cannot limit the understanding of crisis or “post-crisis scenarios” to negativity – as if crises were only about loss. Crises are also moments of social transformation. Today, the era of the “Industrial Revolution 4.0”, is one of those historical epochs. The reconfiguration of public space through the spread of digital media and smart phones, for example, illustrates a new ambivalent milieu for social engagement and the production of value, where political polarization, neotribalism and the social logic of spectacle find fertile soil. The present is inflated with an inhuman amount of information that circulates throughout the infrastructure of global capital with inhuman speed.

To discuss the impacts of acceleration on the lifeworld, we should also take into account the political-economic processes that have marked the contemporary world over the last few decades: globalization, the signature and sine qua non of late capitalism. The deterritorialization of finance capital and the strong mobility of commodities, labor, people and cultural practices go hand in hand with the spatio-temporal matrix that unifies and differentiates by producing new forms of social stratification and interdependence. Within this landscape of tension, we can imagine distinctive processes of resistance, from the production of the common and political subjectivities to potent transnational repertoires of mobilization. New sociotechnical horizons become possible with the new morphology of labor and the rise of the digital, a context of rapid and dense material and cultural transfer, an engulfing flux where new syntheses emerge and hierarchies rearrange.

We highly encourage contributions grounded in Marxism and Frankfurt School Critical Theory, but we are also open to articles from other theoretical backgrounds, including Foucault, phenomenology, cultural studies, postcolonial theory, intersectionality and feminist theory, and so on. Basically, we are interested in theoretical articles and empirical studies that can help us construct the political and sociocultural cartography of globalization and the latency of our multiple crises.

Suggested problems and areas of inquiry: